A quiet village with flowers, palms and a sandy beach, that’s the ancient village of Borgio Verezzi. It is formed by two parts: Borgio, the sea and residential village spread along the straight sandy beach, the main road and the railway, and Verezzi, made up of four delightful small mediterranean village units located higher up on the slope of Caprazoppa Hill, with a breathtaking panorama of the Gulf of the Palms below.

The Valdemino Caves of Borgio Verezzi offer the most colourful touristic caves of Italy.
An easy 800 m long path meanders through large caverns leading to the discovery of magical, transparent lakes with geological configurations of every shape and colour. Remains of animals (rhinoceros, elephants, crocodiles, mammoths, bears, etc.) have been found there, which populated this area during various extreme climatic changes over the last 2 millions years.

Under the patronage of the President of the Republic the 37th edition of the Theatre Festival is enacted this year. Renown actors play against a natural backcloth of spectacular and unique beauty in which the ancient houses of the village serve as a framework to provide a magic panorama of the Riviera delle Palme as a “fourth wall”. 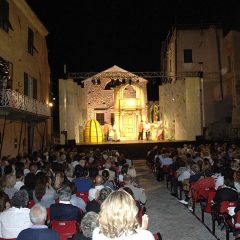 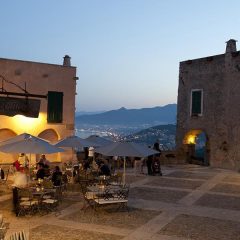 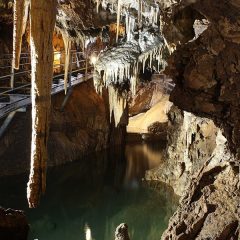 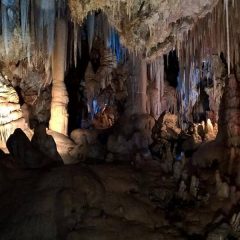